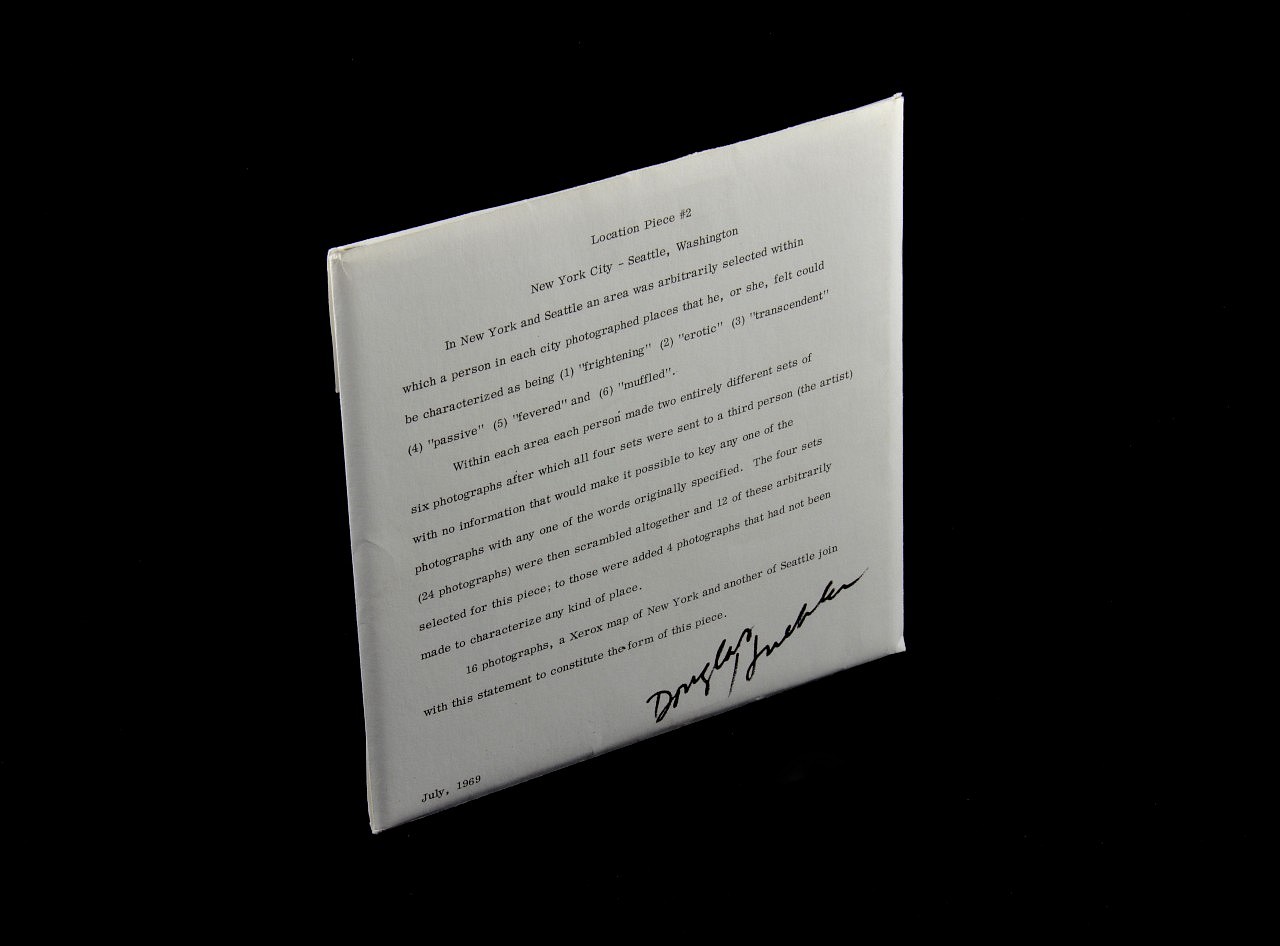 Location Piece #2: New York City, Seattle, Washington is a conceptual artwork published as part of Artists & Photographs, a collaborative boxed set of artists’ books issued in 1970 by Multiples, Inc.  The complete set is exceedingly scarce at this point in time; the portfolio of works was set in a box designed by Dan Graham which contained books, objects, prints, and other materials of various dimensions by nineteen artists along with a text booklet by Lawrence Alloway.  The set was published by gallerist Marian Goodman in conjunction with a 1970 exhibition that explored how contemporary artists, including Douglas Heubler, Allan Kaprow, Joseph Kosuth, Sol LeWitt, Robert Morris, Bruce Nauman, Dennis Oppenheim, and Ed Ruscha, were using photography in their work.

Huebler’s contribution to the box is one of a series of works he made called Location Pieces.  Consisting of loose sheets within an envelope, this book documents a complex mapping project that Huebler conducted in New York City and Seattle. He arbitrarily chose an area within each city for the project to take place and within each of these areas a different person took photographs of places that they felt could be described as “frightening,” “erotic,” “transcendent,” “passive,” “fevered,” and “muffled.” Each person took two sets of six photos, resulting in a total of twenty-four photos. The photographs were then sent to the artist without identification. Huebler scrambled the photos and arbitrarily chose twelve of them to include in this book. He added an additional four photos that had not been taken to characterize a place.

Included in this book are black-and-white reproductions of these sixteen photographs as well as two black-and-white maps which indicate the areas within each city where the project took place. A statement describing the artist’s conceptual philosophy is also included. A description of the project and the process by which it was carried out is printed on the back of the envelope containing these documents. This work was printed by offset lithography, and Huebler’s signature is reproduced on the maps, the artist statement, and the envelope.