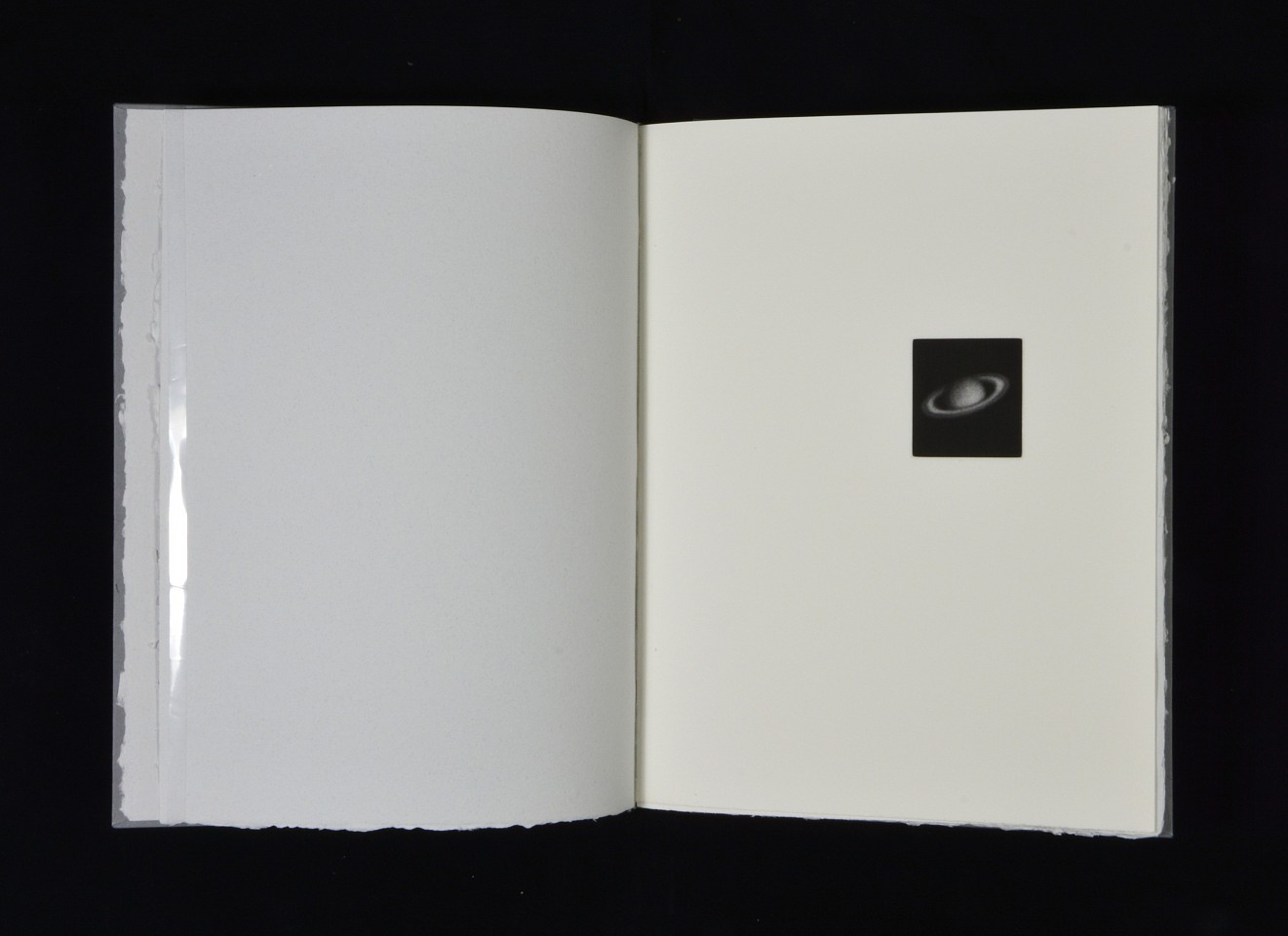 Published by the Library Fellows of the Whitney Museum of American Art, The View is a collaboration between the poet Czeslaw Milosz and Vija Celmins, who contributed four black-and-white mezzotint illustrations. Celmins is an artist known for her detailed paintings and prints of the night sky and other natural scenes, and her works in this book include delicate, realistic renderings of trees, celestial bodies, and starry skies. Two of the four works included here are diptychs, featuring Celmins’ distinctive practice of printing two plates side-by-side on a single sheet of paper. Further illustrating the text is a reprint of The Copernican View of The Universe from Nicholas Copernicus's De Revolutionibus Orbium Coelestium (Nuremberg, 1543).

Vija Celmins | The View | 1985 | BOREAS FINE ART
Tip: You must first enter a valid email address in order to submit your inquiry